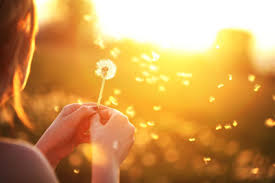 I felt it last Sunday (August 16), two weeks earlier than last year. My first sense of Autumn. It’s that tipping point where the seasons, they are a changing.

The weather this year has been crazy. I live on the westcoast of Canada in an area that is known as a rain forest. Gumboots and raincoats are our go to uniform, but not this year. We are experiencing a drought. Very little precipitation in the last five months and the last bits of rain barely wet the ground.

I’ve been telling everyone who would listen that we have been in a drought for over a year but it is only been since April that the collective community has agreed. So due to the warmer, drier weather patterns the seasons this years are way ahead of themselves.

Last Sunday I was in Victoria, our provinces capitol, about an hour and a half away for a Fibre Festival and there it was, the tipping point.

It’s really a change in the air. The sky gets a late summer haze about it. Perhaps it’s just a build up of smog that lingers in the air. All I know is the sky takes on a washed out slightly bleached out cast and the emeralds leaves on the trees no longer sparkle in the breeze and the wind has a cooler crisper edge to it, especially in the shade.

I prefer a more romantic outlook about it and say it is a summer nostalgia that is filtering our easy going summer living and gently preparing us for the crisp energy of a new season and the start of a new cycle as we leave our holidaying behind and get back to our work.

This year though everything has been accelerated. The trees are already showing signs of changing colour and the Stellar Jays are back from their summer playground up north. Two clear signs of the seasonal change over. Even the fall Chrysanthemums have hit the stores early and I could not be happier.

Autumn is by far my favourite time of the year. This is my season and I am at my most energized. September is my new year. My birthday is August 31st so my personal year really does start on September 1st. I can’t wait for the kids to get back in school and the tourist to go back home and leave me to my world.

September can be the best weather month here on Vancouver Island. Still plenty of time to head to the beach, the water is at it’s warmest. Still lots of fresh vegetables at the veggie markets and still time to harvest and prepare my favourites for the winter ahead.

The changing of the seasons, especially from summer to fall, also reminds me of our connection and reliance to mother earth. Where my husband is working right now in northern Alberta, nature has not been as kind as other years. They too are experiencing a drought season and the crops are stunted and the yield will be very low and this year there is a grasshopper invasion. Not nearly as bad a locus but nasty little devil none the less.

Here on the westcoast I may have had to conserve water but the sun and heat blessed me with a bumper crop. Still I know my land has been drained of it’s nutrients and I hope for a return to our late autumn soakings to replenish what mother earth has lost.

Whether you are in the southern hemisphere or the northern hemisphere, are you feeling the seasonal tipping point? That subtle easing from winter to spring or summer to fall. Well I feel it and I know that it is time for me to switch gears, wind down what summer means for me and get ready to gear up for autumn. Mother nature is telling me it’s just around the corner. 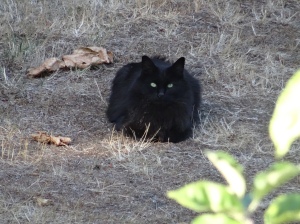 4 thoughts on “The Seasonal Tipping Point”