Possessions and Freedom – The True Costs 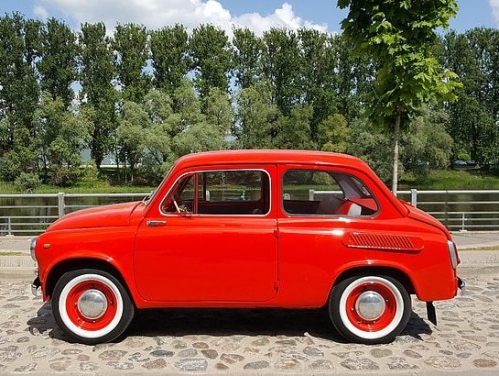 Have you ever wondered what owning things really costs you, if there is a hidden cost beyond the dollar value of a possession? And is our drive to own newer, bigger and fancier things actually threatening our freedom? Well here is something to think about.

Possession –  the state of having, owning, or controlling something.

This has been a driving focus of our modern culture for many decades. We are a consumer society. We are inundated with visual enticements to possess goods advertised to make us happier or give us prestige. The consumer economy thrives because it has perfected the message that new is better and we believe this to be true. But is it true?

I recently had a conversation with a lovely lady originally from Iran. She was very adamant that I understood she was of Persian decent and not Iranian. She did not want me to associate her with the current regime governing her homeland but rather the beautiful history of a ancient culture that has given humanity many refinements, contributions and discoveries. She was very proud of her heritage but I sensed she was embarrassed by the current state of Iran.

When the Shah of Iran was overthrown in 1979, Iran was a pretty progressive country in the middle eastern region at the time. Now there are many layers to this story in history and I won’t go there as not all was rosy, but eventually Iran ended up with the theocratic state they have now. One that is based on Islamic rule and with a supreme leader that has control over the military, judiciary system and the media.

I asked this beautiful Persian lady, how it was that a seemingly progressive country could have let themselves be taken over by a religious faction? Her reply has been the topic of many deep thoughts for me for the last month. She replied, “It is because the people loved their things more than they loved their freedom.”

Now regardless of where the statement came from or to what it referred to, the incredible wisdom in her reply hit me like a ton of bricks. So I started to think about our current society with all it’s social ills and how our drive to consume and have the latest bright and shiny objects may be affecting our freedom as individual people, and our culture as a whole.

The first piece of freedom we loose when we choose to acquire a possession, is time. You may think the first thing we lose is money, but money is just the mechanism needed for the exchange of commodities. It is time that is needed to be consumed in order to earn the money to buy that item.

Let’s use a car as an example. You have your eye on that shiny red, sporty model. The one they advertise with images of it driving around a cool city with a couple of beautiful people inside looking happy and so together. The car costs $40,000. Let’s say for the sake of the example that you earn $20 an hour at your job after taxes and work 40 hours a week for a total of $800 per week in take home pay. You will have to give up 50 weeks of your work time to pay for that shiny car.

“Well that’s not too bad” you say, “one year and I own it.” Yes but there are other things you want, or own, that you are also paying on. Maybe you have a mortgage or at least rent. Maybe a fancy smartphone that needs to be paid for every month. The list can go on and on. The point is, in order to have those things, you need to use up a lot of your precious, finite time to pay for them. Time that could be used pursuing the activities that you really want to do but are now, not free to do.

“Okay” you say, “but I freely choose to use my time to work to pay for the things I want.” Fair enough, but there are other ways your freedom is being taken away from you because of your stuff.

Let’s go back to that shiny red, sporty car. Society demands that you take responsibility for your actions while driving that car so there must be rules that need to be followed for the safety of all, you just can’t race down the roads without regard for others. So even though you understand that, you have to live within a set of moral, societal and legal rules. Your freedom to act as you may please behind the wheel of that sweet ride is curtailed.

As we possess more and more stuff, society requires more and more rules to govern that stuff. Some rules come with taxation, some come with an environmental impact and some of those rules come with time constraints. Individually, the rules and regulations put on an item may seem reasonable and for the good of all, but collectively they add up to an erosion of your personal freedom. It seems there is both an initial cost and an on going cost to the stuff we own. It is not enough to just pay for that shiny red sports car, you will be required to licence it and you, insure it, pay taxes to maintain the roads you drive it on, pay a mechanic to fix it should it break down, buy gas for it, pay taxes on the gas and pay even more taxes on environmental fees to offset the pollution you create with your new ride. Over the lifetime of your shiny red sports car you will never stop paying. So how many hours of freedom will you have to give up to earn enough money so that you can own and enjoy this car?

I go back to the Persian lady and her comment. Did the people of her country really desire a regime change? Did they purposely choose to be governed by a government that favoured one religious group over another? And did they intent to have their homeland ruled by a supreme leader instead of by a government run by the people and for all of the people? Or were they just too busy working and paying for all their possessions to notice the changes that were happening in their country. And were they also too afraid to loose that stuff and the prosperity that they had created for themselves, to stand up and fight to keep their freedom?

Is there a danger of that happening here in the western world? Could we be taken over by a freedom restrictive government? Do you even have time to protest against an unpopular regime even if you wanted to? Do you even care? Maybe you hope that someone else will do it for you. Perhaps someone who has less stuff to manage and maintain?

Could this ever happen in your progressive and democratic country, that one day you wake up to find that the simple freedoms you enjoyed and took for granted like freedom of movement, freedom to worship how you choose, democratic elections, a balanced and fair judicial system and even freedom over your body, have been taken away from you? Would you have seen it coming long enough to do something about it, or would you have been too busy driving to work in that shiny red sports car, with your designer outfit listening to music from your Spotify subscription synced from your smartphone as you sip on a $7.00 non-fat latte, to a job where you are over worked but too afraid to leave because you need the money to live the affluent lifestyle you have created for yourself – to even notice.

9 responses to “Possessions and Freedom – The True Costs”