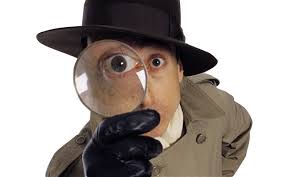 I love a good mystery; how random pieces fall together to form a pattern and reveal a bigger picture. I love fitting pieces together and solving a puzzle. I love the unknown becoming known.

As a creative person, I have a habit of analyzing designs to figure out how they were formed. As a former fiber artist, if I liked a sewing or quilting pattern, the first thing I’d do is figure out how it’s put together and then I try to figure out a “better” way to put it together. That’s just how my mind works.

That is why I enjoy the mystical, the unseen. Let’s face it, wouldn’t you like to get a glimpse of the future every now and then or at least gain some insight to make better decisions going forward in your life?

That was the main reason I became fascinated with Tarot and other forms of divination. To uncover the patterns in my life so I could form a bigger picture.

I have learned to not only use divination tools to establish a connection to a greater power, one that is able to guide me as I follow my own path but I have also learn to take random puzzle pieces in the form of signs, omens, synchronicities and fit them into my over all life picture.

To every thing there is a season, and a time to every purpose under the heaven.

Sometimes the puzzle pieces form a pattern so large that they span seasons or even years and it is only in hindsight that you recognize them for what they are. Patience and wisdom are gained from discovering these paradigms. This too, helps in uncovering the mysteries of ones future by creating a platform to base todays decisions on.

For me, once I learned to trust these patterns of my life, the ebbs and flows, the cycles of faith, I really began to let the small stuff go. When I started to relax my control, my life became a joy. The things I worried about that I thought I had control of, I never had, and never would, have control of.

Still, every once in a while I am given a little refresher course on this truth. This week, while doing my weekly personal reading that message became clear.

Recently I had begun to become edgy by too much outer stimulation in my life. I am yearning for quite. I just want to be alone to formulate a new path for myself. In the past couple of months my inner life had become a slow simmer of stasis. Not going forward but not going backwards either and because of that I was not feeling grounded and in control of my life. Hadn’t I already learned the control lessons before? If I had taken the time to look at the big pattern of life for me, I would have seen that life was slowing down to get ready to transition into a new cycle.

Thankfully, my reading was able to give me that reassurance. Had I not been so occupied at trying to control the outcome, I would have been more in tune with the signs and messages(or rather the lack of messages) I was receiving. Sometimes what’s not being said speaks louder than what is. Those are the mysterious puzzles within the bigger pattern.

Just becoming aware of my current situation within the grand scheme of things has caused me to relax and enjoy what is happening in the present. Another mystery solved, another puzzle completed as a smaller section of the larger pattern that is my life is filled in. Kinda makes me feel like an esoteric Sherlock Holmes.